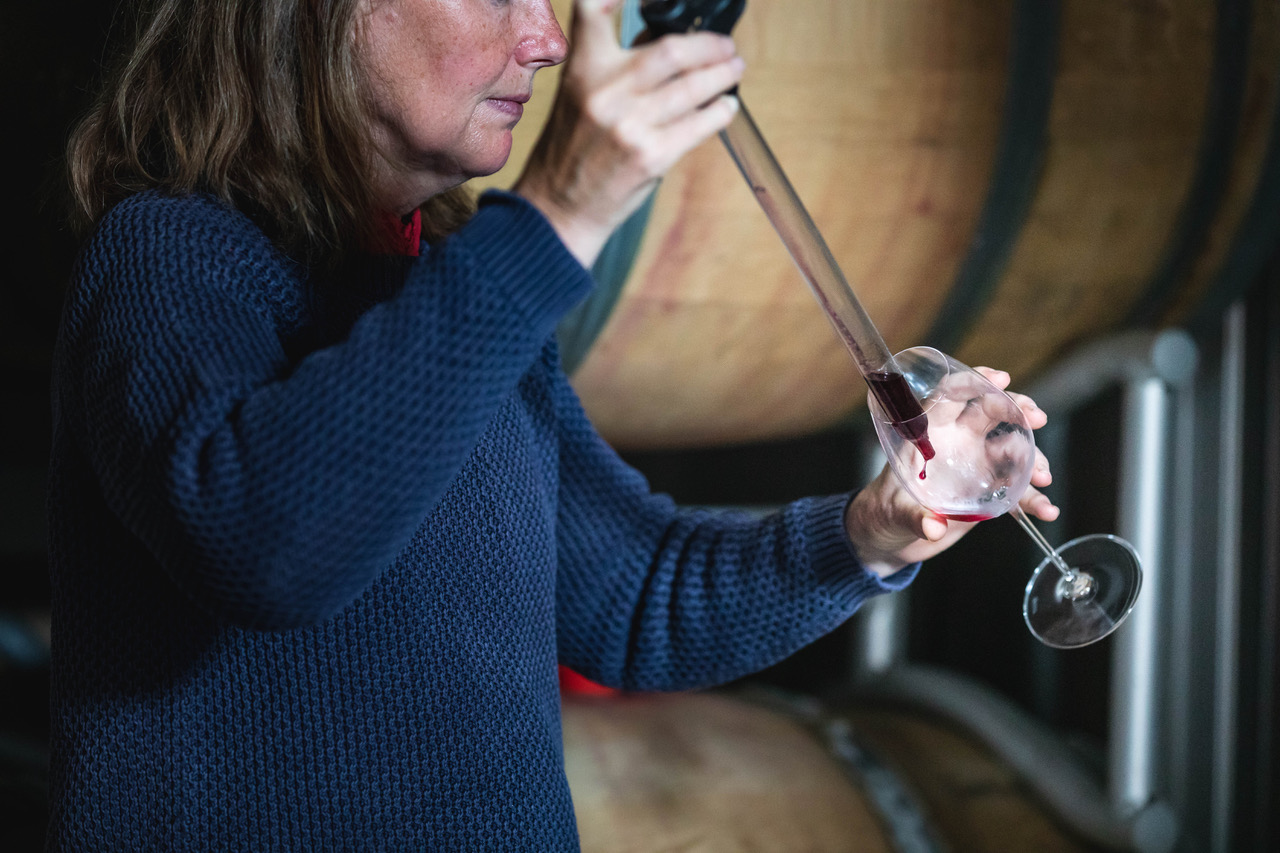 There is yeast everywhere – it’s on everything you touch, inside your body and most importantly on grapes.  Some are good guys and others not so nice.  Yeasts have been mankind’s friend (even if we were ignoring their existence) for probably a million years. Their scientific discovery is relatively recent though. In 1680 Anton van Leeuwenhoek observed yeast for the first time (as well as bacteria). It started to heat up for the yeast in 1857 when Louis Pasteur discovered that yeast was the organism responsible for alcoholic fermentation – and can operate both: with or without oxygen. Thanks Louis for such an amazing discovery!

In wine, yeast plays an important role according to our Winemaker Salvatore Leone: “Not as important as grapes and what you do with them in the winery, but overall yeast play a critical role in winemaking.”  Yeast eats sugar (i.e. the grape’s natural sugars, or sugar you add if the crop is not ripe enough) to convert it into alcohol.  But they also have other jobs that influence the wine style.

For instance, yeast also release polysaccharides during and after fermentation – which influence the mouthfeel of the wine as well as the acid.

In wine, we have primary aromas from the grapes. We have secondary aromas produced by the yeast and which are compounds that don’t exist in the grapes/ And we have tertiary aromas which are generated during the ageing between all the above reacting with other compounds . The famous Sauvignon Blanc tropical character is for example influenced by a specific choice of yeast.  There are also aromas produced by the grapes when they interact with the yeast.

Confused? So which yeast should I choose for my wine? Sadly, the answer is that there are no perfect answer and no perfect yeast. It is highly terroir specific and also driven by the style of the house. What is certain is you can’t change a wine by changing the yeast, but you can influence it. In a nutshell, yeast is like a condiment on the side of the dish.

It is mathematically impossible for a yeast producer to test every terroir and every grape. So all wineries experiment with different yeast strains to work out which works best for their grapes, their wines, their style. This is also why you can’t use just one or two types of yeast. To achieve balance and complexity wineries will work with a range of yeasts.

It is a never-ending story to find the right yeast that will make the perfect component. A good winemaker is always on the lookout for new ideas. Here at Oxney where our approach is small batch winemaking, in other words each clone is pressed and vinified separately (also according to the pressing fraction which is where in the press cycle the juice come out). We also split these batches further and ferment each sub-batch using different yeasts. Blending different batches made with different types of yeast mean you have a wine that has characteristics which not one single yeast can give. Being a winemaker is not easy! And they have very complicated spreadsheets!

Yeast comes in all shapes and sizes. There are ‘simple’  yeasts that do a basic action like produce alcohol. For instance, in a secondary fermentation for sparkling wines the yeast has one big job – re-fermenting a wine in a pressurised and already alcoholic environment. A difficult job which not all yeasts can do. This yeast can grow to an impressive 7 or 8 bar in a bottle if you let them have enough ‘food’ (normally in a sparkling wine we limit it to 5-6 bar). There are yeasts that help increase the pH of the wine by converting some of the malic acid into alcohol. There are, as mentioned above, yeast that have specific characteristics – like tropical, or even more specific like rose, banana, pear and apple.

There is a lot of romance amongst wine drinkers about natural yeast.  Salvatore does constantly say to me that “they are all natural” as they are selected from natural environments. So, we should probably not say natural but ‘home grown’.

There are two approaches to home grown yeast. One approach is to pick a bucket of grapes just before harvest, give it a quick crush and let them stand in a warm environment to start fermenting using just the yeast on the skins of the grapes.  This is called a Pied de Cuve.  This mush is then put into the tanks of juice to initiate alcoholic fermentation.  The other approach is a spontaneous fermentation where the juice is put in a tank or barrel, and you wait… The idea here is that the fermentation will start from the yeast that has come in through the juice. But of course, in a winery where other yeasts have been used and have decided to move in permanently, it is hard to say which yeast actually carry out the fermentation, however, each batch is still unique.

In both these instances you are using a clutch of yeasts and not a single strain variety which you can buy and which carry out the specific jobs as described above.

The clear benefit of using your own yeast from the vineyard is that they will drive developments and characteristics that are unique to your site and potentially express more complexity in one single component.  This is terroir in action.

The other amazing side benefit of yeast is what happens when the yeast has done its primary job. Dead yeast cells collect in a sediment called lees and settle at the bottom of a tank or a barrel or even in a bottle that’s gone through second fermentation. Winemakers may remove it, or they may actively work with it such as stirring the lees in a barrel. Putting the yeast lees in suspension in the wine to give natural smoothness, natural sweetness, interact with the flavour, increasing the longevity and the body of a wine. It will also appear less acidic than it is.

Lees in a bottle of sparkling wine, following the second fermentation, does the same as above.  First of all, they are antioxidants and act as a preservative against the oxygen ingress through the crown cap. The pressurised environment and the length of lees contact, leads to autolysis, the most famous word in sparkling wine.  Autolysis means ‘self-breakage’ where the yeasts die and decompose in the bottle. Yeasts are single cells and when they die the membrane breaks and release interesting compounds which interact with the existing aromas, generate new ones and change the mouthfeel of the wine.  It also impacts the bubbles, making them finer, more persistent and elegant.

Here at Oxney we’re terroir hunting – we’re experimenting with our own yeasts from different parts of the vineyard which will have different characteristics. In line with our low intervention regime, we also use some highly technical yeasts which help us with our acidity for instance and reduces further intervention in the winery. Yeasts are important components in our natural, yet scientific, approach to winemaking here at Oxney.