In the vineyard: The organic wonders of woodchip 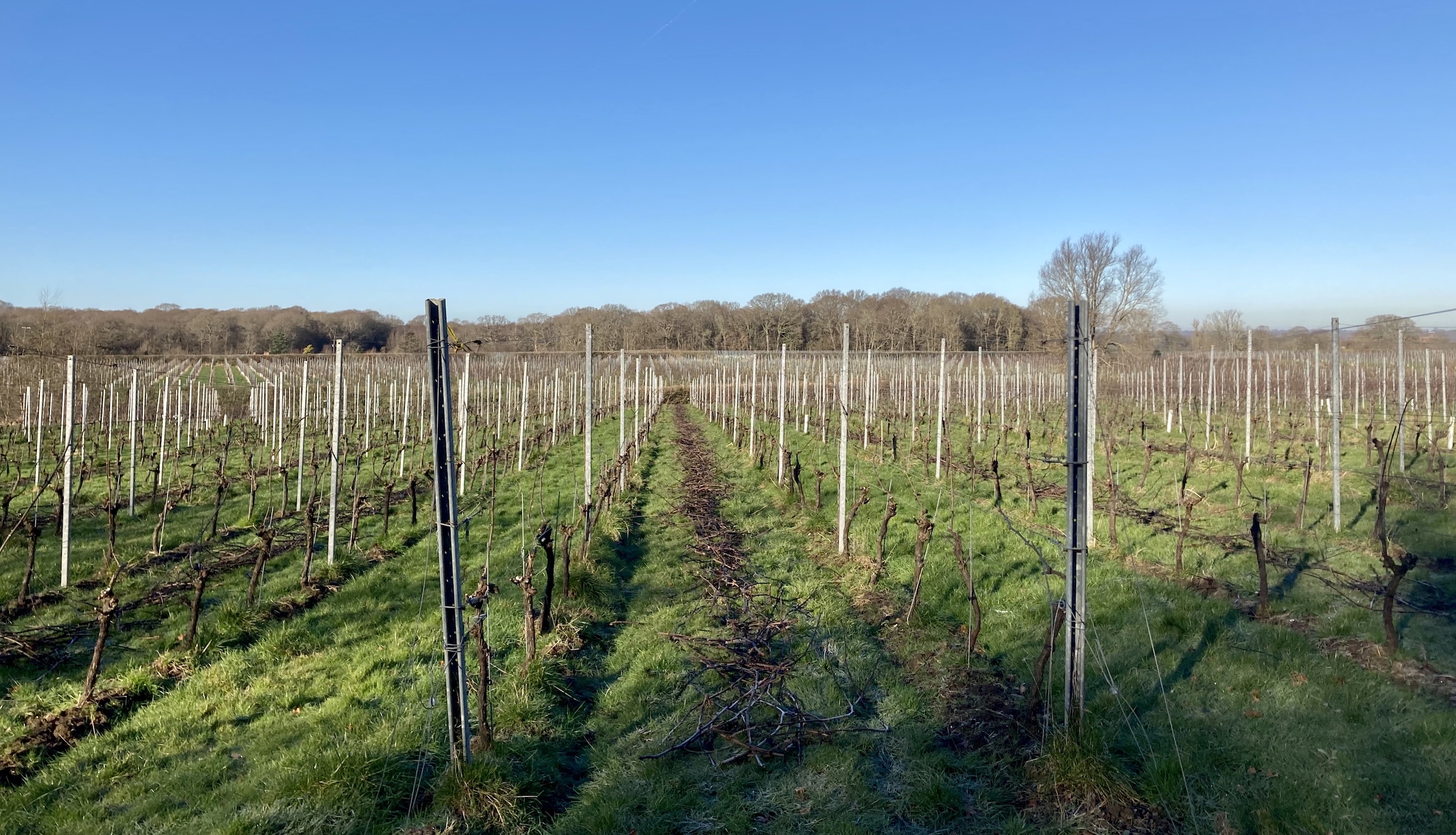 When it comes to nourishing the soil in our organic vineyard, woodchip is the natural choice.

In the vineyard calendar, January and February are pruning time. We’re currently in the midst of this vital job, carefully cutting away last year’s canes to leave the vines in best shape to grow the 2022 crop of grapes.

It’s always an exciting time as pruning kickstarts the entire vintage. This year has been particularly special though, as we’ve been lucky enough to receive an induction in precision pruning from the rather wonderful Marco Simonit of vine master pruners Simonit & Sirch. The techniques we’ve learned will give us even healthier vines and the potential for even better fruit from 2022 onwards.

So once we’ve finished snipping tens of thousands of canes from the vines, what are we going to do with all that wood – literally tonnes of the stuff? Well, when you consider how many nutrients are still locked away in those canes, there’s no way we’re going to part company with them. In line with our closed-loop philosophy (the only thing we take from our organic vineyard is the grapes), we’re going to return all those precious minerals to the soil as woodchip. 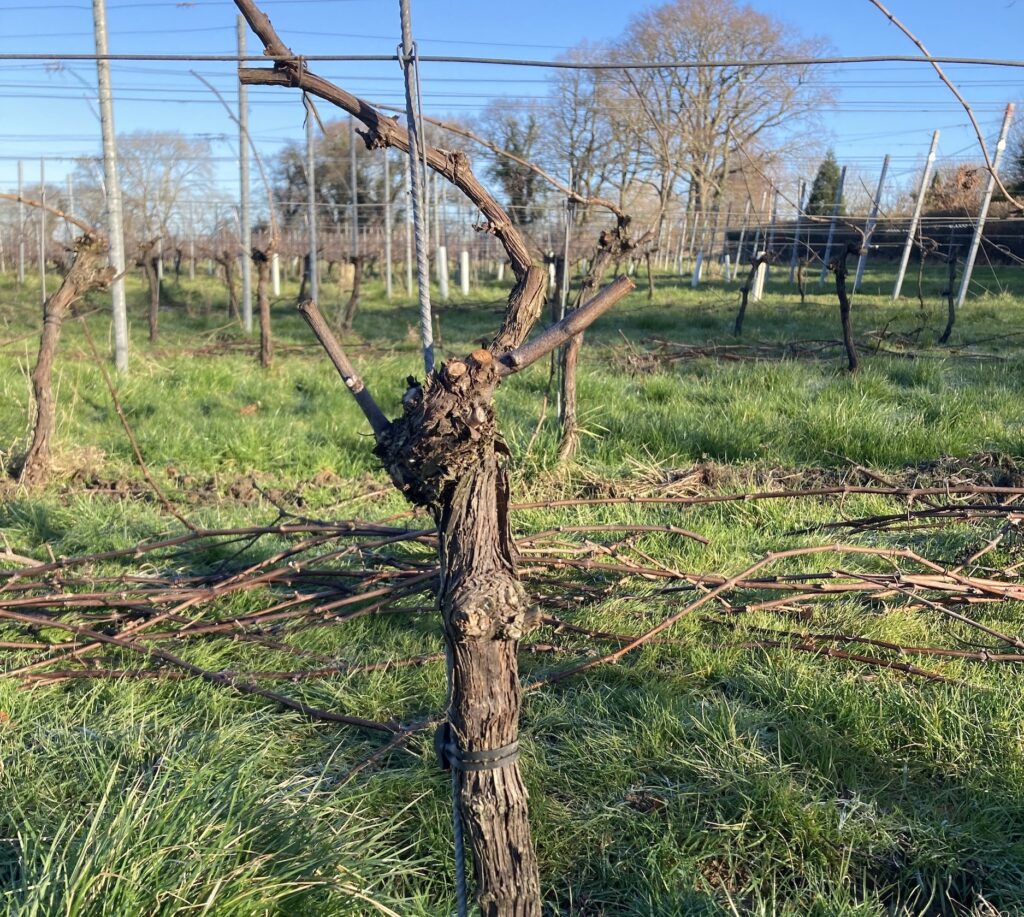 We’ve had our eyes opened to the incredible soil-enriching powers of woodchip by a fascinating book from Ben Raskin, Head of Horticulture at The Soil Association, called The Woodchip Handbook. It turns out that this freely abundant, entirely natural resource, which is literally lying all around the vineyard at the moment, is one of the best things you can use to protect and replenish your soil. Great news for home gardeners, even better for organic wine producers like us, since naturally healthy soils are nothing short of our lifeblood.

So what exactly does woodchip do for our soils? ‘What doesn’t it do?’ would be a more accurate question. From the moment you spread it, woodchip inhibits weed growth, regulates soil temperature and aids water retention – all vital weapons in the organic winegrower’s armoury. It also makes a grade-A slow fertiliser, feeding and conditioning the soil as it gradually mulches down.

Luckily our well-tended soils only need enrichment. But there is even evidence that woodchip and its attendant decomposing fungi have the power to rescue degraded and damaged soils by absorbing things like nitrates and also accelerating the disintegration of contaminants such as crude oil and diesel. There is humble majesty at work here.

Right now we’re at the early stages of our woodchip programme. Our cut canes are neatly laid out in the rows between our vines, patiently waiting for those precious microorganisms to get to work. In a few weeks, when the ground is dryer, we’ll be back out in the vineyard with our trusty flail ready to chip the decomposing wood and distribute it under the vines. Then, as ever, we’ll let nature take its course as the loop quietly closes on the lifecycle of our vines. 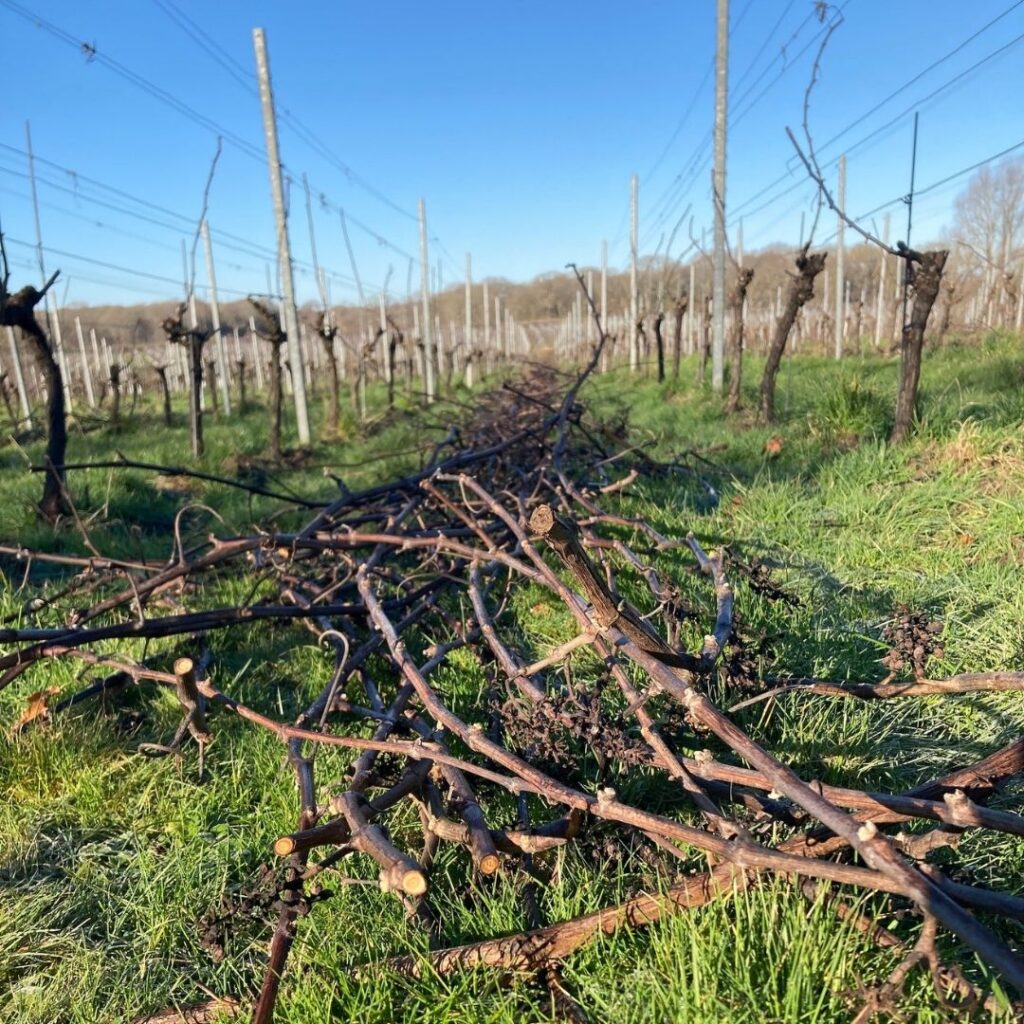 It’s all so disarmingly simple, efficient and cost-effective. We hear and read so much about the difficulties of organic viticulture in England and Wales yet for us, methods like using woodchip to replenish soils are a no-brainer in terms of their time-cost, agroecological and economic benefits. Once such methods are in place, the entire biome takes care of itself in the most beautifully harmonious way.

Arguably the biggest hurdle to organic wine-growing in this country is the very first one: the two-year conversion process itself. Having grown organically on pre-certified soils since the beginning of the Oxney project, we wouldn’t know. With the wonders of woodchip as with so many of the natural methods we employ to keep our organic vines fit and strong, we’re very happy to be out in front of the crowd.